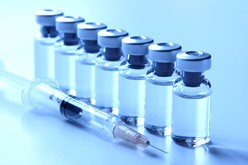 Margiotti and Kroll Paediatrics are a US private practice dedicated to providing the best possible health care to their patients. The practice is a full-service care centre, with five independent locations. Founded in 2001, Gerard Margiotti and Barry Kroll are running their medical business under the theme: “Modern care, old-fashioned caring”.

Historically, child vaccinations were very regular procedures in the practice, as the US immunisation schedule recommends a number of vaccinations for children between the ages of 1 - 23 months.

In the USA medical facilities are required to regulate and record their vaccine temperatures on a daily basis, making sure that no vaccine falls outside the safe zone, 35°F – 46°F for fridges, and anything above 5°F in a freezer.

Monthly audits are carried out where medical practices must be able to present the data that has been logged each day in a clear way to ensure that the vaccines are safe and effective for their intended use.

Previously, Margiotti and Kroll monitored its vaccines manually, using standard thermometers and a probe. This data was then recorded by hand into a written data sheet.

On realization that this was difficult and often unachievable the company began to look for another way. The second solution was to install digital USB-type thermometers, meaning that the units were logging the data themselves. However, this process still included manually unplugging each unit and transferring the data to a PC each day.

In the first instance, members of the paediatrics team would be tasked with checking the thermometers by hand, up to five times per day, and logging the data in a written report. In the second instance, although the logging process had become more automated, the loggers still needed human assistance to get the recorded data into a reportable format.

An example of the inferiority of the manual loggers was an instance of a power-outage. Because there was no way to tell what temperature the vaccines had fallen to, regardless if they were back up to the correct temperature – a huge amount of vaccines were required to be disposed of. This totalled thousands of dollars lost in life-saving vaccines.

Margotti and Kroll are now in possession of several Easylog WiFi data logging sensors, which record the temperature at set intervals – and then send the data wirelessly to their Easylog Cloud account, where Justin Kroll, the company’s IT specialist can simply manage and download the data in a report form.

Margiotti and Kroll chose Lascar’s Easylog sensors for their ease of use. Previously, the doctor’s assistants had to come in and record the data via the clipboard and pen method on a written sheet up to five times a day, which wasn’t practical.

Another benefit is the sensors’ connected Cloud system. Margiotti and Kroll work across five offices, and this system means that Justin can view each office’s live temperature data from any location. As well as this, he is able to receive an alert, should the vaccines fall outside the temperature remits and take immediate action should he need to.

The data is shown in a simple, easy to read way, whilst also being professional – the company shares an export of the report with the auditors each month.

“We had an incident where we had a power outage and were then unable to see if the vaccines had fallen outside of the temperature guidelines. This meant that hundreds of dollars worth of vaccines had to be thrown out. The sensors we have now are now almost self-managed, and we can see any spike or drop in the report. The sensors are so easy to use, and the data we collect is perfect to share with the monthly auditors.” Justin Kroll, IT Specialist at Margiotti and Kroll