During our summer BBQ at our local watering hole The Royal Oak in the picturesque New Forest we got talking to the Head Chef about our range of EL-WiFi temperature and humidity sensors. Within minutes the management were convinced and within days they’d purchased and installed our Temperature and Humidity sensors (EL-WIFI-TP and EL-WIFI-TH) in the dry store, refrigeration and freezer areas. 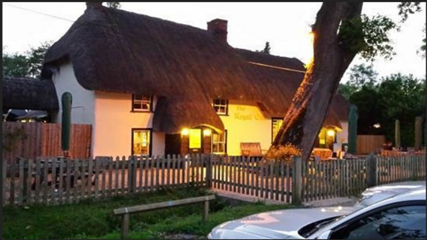 All food businesses need to comply with HACCP food safety regulations. One key element of this is proof of due diligence, so it’s essential to have an accurate system to monitor your handling, preparation and food storage temperatures.

Pub Manager Richard Bird explained that recording temperatures manually means there’s a risk of human error and that due to pressures of the job, temperatures aren’t taken as regularly as they would be in an ideal world.

Richard realised that setting up the EL-WiFi sensors in all the food related areas of the premises would enable him to meet all the HACCP regulations as well as providing him with useful data and peace of mind that the job had been done.

The Royal Oak offers free WiFi to customers so he was able to set up the sensors exactly where he needed them. He put a WiFi-TH (Temperature and Humidity) in the kitchen and dry store and the WiFi-TP (temperature sensor with probe) in the freezer and fridges. Richard told us:

“Using the EL WiFi Temperature and humidity sensors saves our chef time every day as he doesn’t have to stop what he’s doing and to do his fridge and freezer temperature checks every few hours. Once the sensors are set up they automatically take readings. It also ensures that temperatures are recorded exactly when they should be rather than in between cooking a fish pie and sourcing ingredients for the next days’ specials!”

It also alerted Richard to an intermittent fault with one of the pub freezers. He noticed that every few hours the alarm light on the sensor would flash so he looked at the graph on the software and saw that there was a regular spike in readings. He called out an engineer who confirmed there was a fault with the thermostat and fixed it. If he hadn’t spotted this he could have lost all the stock in that freezer which would have been a significant cost to the business.