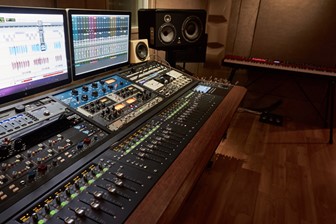 Audio Mix House is a state-of-the-art production and recording studio in Nevada, close to the Las Vegas strip. The studios are purpose-built for tracking and mixing, as well as with live rooms, vocal booths and lounges. It has a large following of major celebrities such as 50 Cent, Celine Dion and Lady Gaga who frequent the venue on a regular basis to make use of its expensive, state-of-the-art equipment.

Audio Mix House prides itself on using the best equipment available, often worth thousands of dollars. It strives for high standards, providing a world-class finished product and studio experience for all its customers, whoever they are.

To guarantee a great experience for all customers, all equipment - which is often has high very sensitive to high temperatures sensitivity - must be kept in an optimum state. The equipment must not become too hot, nor be kept in a humid room. Being based in the Nevada desert, which can sometimes reach 52 degrees Celsius, it is clear to see why this presents a challenge for the Audio mix Mix House!

High temperatures can affect many hi-tech pieces of equipment. For example, microphones contain a sensitive condenser that can be greatly affected by high temperature and humidity. This can result in distortion and ‘clicks and pops’ when recording, which impacts upon the overall sound quality of the final product.

Previously, Audio Mix House did not have any system in place to monitor temperature and humidity, but rather relied its air conditioning equipment cool. However, the A/C regularly broke down, with staff often finding out hours later, by when which time the equipment had already been damaged.

Audio Mix House began looking online for a new solution that would immediately notify staff of fluctuations in temperatures and humidity, allowing them to react quickly to any problems that arose. After some research, the studio realised it was looking specifically for a WiFi based sensor system - and found Easylog. The Audio Mix House invested in four EL-WiFi-TH sensors from Amazon.com, which were then deployed in specific areas throughout the studios. This particular sensor measures humidity and temperature, between the range of 20 to 60°C and -4 to 140°F. 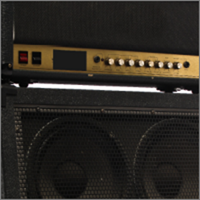 The studio was drawn to the EL-WiFi sensors due to their competitive pricing and being able to manage them via remotely on the Cloud software. The sensors now collect data consistently and frequently, with a member of staff manually checking the logs three to four times a day. The system stores data securely on the cloud and sends key personnel notifications of alarms and system status.

A huge benefit for the studio is that staff are now able to place a “high temperature threshold” limit on the sensors. Easylog Cloud remote monitoring system provides automated alerts whenever it is detected that the temperature is going out of range. These alerts can be sent to any PC, phone or tablet – allowing staff at the studio peace of mind when outside of working hours.

Due to Easylog, processes within the studio have been simplified, time has been saved – and being immediately notified of temperature problems has led to significant financial saving, thanks to equipment no longer being damaged through changes in environmental factors.