Most people have a hobby they enjoy when not at work, but what Lance Brooks does outside his “real job” is certainly unique. While others spend their weekends boating, biking, or watching basketball on TV, he travels in and around Texas investigating reports of paranormal activity. For him and the people he serves, ghost hunting is not merely fodder for movies and TV shows. In fact, these preconceived ideas and personal experiences actually do very little to further general knowledge and information about the unusual occurrences that could be attributed to ghostly presence. In an effort to help make people more comfortable in their businesses and homes, Lance founded Texas Spirit Seekers (TSS), a research group that seeks to take a purely scientific approach in the investigation and understanding of paranormal phenomena.

“No matter what we hear beforehand, we start with a Null Hypothesis when we go in to do research at any location,” Lance says. “We begin by saying that the place isn’t haunted and has no paranormal activity at all.” The investigators of TSS then seek to prove their hypothesis by debunking any and all reports of the paranormal in a particular case. “If they tell us a door is opening and closing on its own, we go in and figure out a hundred different explanations for it. Even if we can’t find another cause for that door, we don’t report paranormal activity unless it is confirmed by other evidence.” All data gathered is then extensively reviewed by the team, who are very careful when making any conclusions about a location. “We can’t go out and just say a place is haunted. We try instead to collect enough evidence to form a larger picture of what’s going on,” says Lance. Even after an investigation is concluded and a report is written, he welcomes comments and criticisms: “I want people to debunk what we do. I want to capture real information. If people can’t contradict what we find, then maybe what we have is real.”

In its effort to collect evidence, TSS uses instrumentation such as video and thermal cameras, microphones and audio recorders, DVR systems, EMF meters, and thermometers. Lance remarks, “For the gizmos, or technical people, in our group, the most exciting part about our investigations is the equipment that collects our evidence. Our gadgets can capture some really neat things, from recordings of disembodied voices to pictures of ghostly figures.” 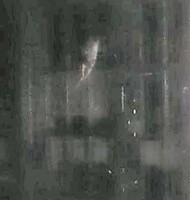 TSS has recently added a new gadget to their list of equipment. To assist their investigations, Lance purchased several temperature and humidity data loggers from Lascar Electronics. “A common theory in our type of work is that when there is paranormal activity, the environment of a room or area will change in some inexplicable way, commonly known as a cold spot,” says Lance. Keeping a steady record of the temperature during the investigation is an important part of their work. “We used to have a very painful method of recording the temperature – we held the ambient thermometers ourselves as we walked around. We used Lascar’s loggers for the first time in our most recent investigation at the Old Motley County Jail in Matador, Texas. We put the EL-USB-2 in the middle of three different rooms, and we left them there to do our work for us.”

The fluctuations of temperature or even the lack thereof in those rooms played a key role in the investigation of this nineteenth century jail. “It was about 90 degrees out there, and I assumed there would be no fluctuation within the rock building. We set the loggers to take readings every 10 seconds for 10 hours, and the data recorded showed us that the temperature did indeed hold well the entire investigation.”

The EL-USB-2 used by TSS will also be important in the development of a new theory. “We have no previous information about the connection of paranormal activity with humidity; we only have theories,” says Lance. “Still, we can use the same logger to record humidity, which is a factor in cooling Reflection of a young woman in the glass of a door captured by TSS cameras when no female investigators were present. effect. If there is a lot of moisture in the air, you might feel a breeze with the moisture and think it’s a cold spot. The logger gives us a scientific explanation for what could have been interpreted incorrectly.”

For TSS, another important feature of Lascar’s data logger is the inexpensive cost. Lance comments, “We offer a free-of charge service to the community in an effort to ease their minds if they are worried about strange things they see. We never accept payment for our work, and we are funded solely from membership dues. All of our technology is purchased out of pocket, so the cost was a factor.”

The benefit of Lascar Electronics’ loggers is so great for TSS that Lance has contacted other paranormal investigation organisations about it. Lance concludes, “Personal experiences are not quantifiable and can even be caused by the investigator’s own imagination. Our research is better matched with equipment that can log actual quantifiable data.”