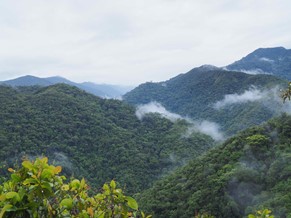 In the summers of 2016 and 2017 and early 2018, Paul Szekely and his academic research team set up camp in Loja, Ecuador. Their goal? To study the composition of amphibian communities in remote areas in the tropics, where many species are poorly known or even previously undescribed.

Paul explains: “Our aim was to determine the factors that influence various species of toads and frogs to become active – specifically to forage and reproduce.

“The behaviour of amphibians is highly dependent on both temperature and relative humidity. Their call for example, although species-specific, can vary with differing temperatures – so monitoring environmental factors including temperature and RH and tracking that against activity was key.”

Paul and his team used EasyLog EL-USB-2-LCD temperature and humidity data loggers to collect long term data on both parameters. Units were attached to researchers backpacks collecting ambient temperature and humidity data at set times with data collected every night from each of the units used. The loggers were small and lightweight making them a good candidate for the backpack and Paul found the set-up and data download easy to manage out in the field. 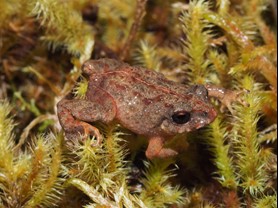 During their research, the team recorded the calls from eleven males of a previously described species, in the field using a recorder and a condenser shotgun microphone and then an acoustic analysis was conducted. The following parameters were measured and analysed: the duration of a single note within a call; the interval between two consecutive notes within the same call; the number of notes per second; the frequency containing the highest sound energy; the minimum and maximum frequencies.

Along with morphological and molecular features, the unique vocalization parameters helped the researchers to discover a new species of Rain Frog from the wetland complex in the Andes of Southern Ecuador called the Pristimantis tiktik. The Tiktik Rain Frog has a very particular call that contained clicking “tik” notes which are repeated continuously, like a clock. This distinct call was the inspiration for the species name!

“It’s easy to use, light and practical for fieldwork.” Paul Szekely, Lead Researcher